The Effect of Laser Cats on Martian Marigolds

The Effect of Laser Cats on Martian Marigolds

Touch or remotely trigger the blooming and color changing of a martian marigold and generate mutant flora.

The title of my project is inspired by a book, The Effect of Gamma Rays on Man-in-the-Moon Marigolds in which Tillie posits that gamma rays on the moon can sometimes cause good mutations on marigolds. 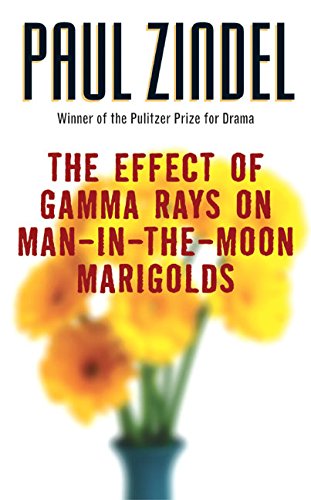 My SMA flower has outerspace alien-y vibes, and mutant flora GAN can be generated by sliding your finger across on-device slider.

NITINOL IS REALLY DIFFICULT TO WORK WITH…

…especially without access to precision engineering machines. It was advised that we stay away from this material. However, I really wanted to achive the organic motion without external pulleys or motors. After many hours of persistance, and many failed attempts (see small sample below)…

👉 My solution is to make a simple shape that is easy to hold (e.g. a loose knot) with an insulated tool. Hold the wire in place while running power (8V 1A in my case) through the wire, and continue holding it when disconnecting from power supply. Do this several times. This “trains” the wire to exist more harmoniously with your desired shape.

… I created a process to attach Nitinol securely, using crimps, solder, and resin. I detail this in a video below.

… I found a unique way to fill and color the empty space in an SMA petal such that its movement is not restricted. Moreover, my method allows us to use the heat generated by the SMA to trigger a heat sensitive color change. This video shows an early test where a petal was able to change from purple to blue during movement:

In the last few weeks, I have worked with SMA to create a dancing wire flower. I previously discussed possibly using glue to fill the gaps in the wire, to achieve a nicer aesthetic.

The glue would need to be able to withstand relatively high (e.g. 90°C) temperature, and allow shearing by being robust yet flexible. I thought of using fabric glue to create a semi-slime consistency, and this proved to be quite a challenge as the glue clung to the wire and did not form a firm across the petal like I had imagined it would.

During molding and casting week, I came upon the idea that a thin film of resin or Oomoo could to the trick. Ultimately, I was able to find a quick drying UV-activated resin that was supposedly non-toxic, although I still took precautions to avoid direct contact with the material.

It was rather time-consuming to form the resin film over the wire petals. Eventually, I was able to create petals by dipping the wire loops into resin as though it were a bubble mixture. Here are a selection of petals I made during my experiments.

There are many failure modes, such as:

Additionally, using my wire forming technique from before, the SMA would twist when heated, further increasing the likelihood of the resin tearing.

To avoid twisting the wire but still form a closed loop, I thought that I could use heat shrink to bring the corners of the flower together. This worked quite well, but the extra mass from the tubing resulted in thicker resin films, which made the flower droopy.

I liked the thermochromic effect, though 🙃

After plenty of trial-and-error, I found a way to train the SMA to form wire petals that do not twist (but rather, bloom and fall predictably). My creation process is illustrated in the following video.

I made a board with an ESP32 so that the flower could be networked.

Here are the petals moving when connected to the PCB!

I printed the case using this technique to achieve a holographic effect.

I found the colors lovely, but a little too distracting for this application, so I restricted it to the borders instead.

The petals start out black, and then color slowly creeps in from the petal edges toward the center.

I added a capacitive touch sensor that can be used to generate mutant flowers on a p5.js sketch. With more time, I could make a more realistic generative model, like with this kitty cat GAN.

I came across flexable LED filaments recently and wanted to try incorporating them.

Since I had the idea after making my board, I used magnet wire to connect the circuit. The effect is pretty ethereal! However, I did not account for the fact that these filaments get very hot. It melted the hot glue I used to hold it in place, so I took them off 🙁 I could have probably ran them at a lower power as they are pretty bright, which distracts from the thermochromic element in my opinion.

Consumables for this project amount to about USD14. Where components could not be found in the fab inventory, I used Octopart to find an estimate for this BOM:

I am quite pleased with what I achieved given the time that I had. I managed to train the SMA The flower has an other-worldly movement, and the slider works very well.

Note: it is also possible to make a complete flower using a single enameled wire, as shown here: